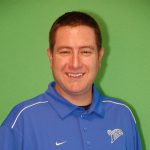 Mark recently finished his eighth season as Athletic Trainer for the Norfolk Tides, which was also his 16th season with the Baltimore Orioles organization. Shires has twice been named the International League’s Athletic Trainer of the Year, picking up the honor in both 2009 and 2011. On numerous occasions, he has been a September addition to the Orioles Major League athletic training staff. Prior to working with the Tides, Shires served as Athletic Trainer for the Bowie Baysox (2004-06), Frederick Keys (2001-03), South Atlantic League champion Delmarva Shorebirds (2000), and the GCL Orioles (1999). He was twice named the Athletic Trainer of the Year for the Carolina League, earning the honor in 2001 and 2003. Additionally, he served as Athletic Trainer for the International League at the IL/PCL 2013 All-Star Game in Reno, NV, as well as for the Eastern League at the 2004 EL All-Star Game in Bowie, MD. Shires earned his bachelor’s degree from West Chester University of Pennsylvania in 1998, and his master’s degree in exercise science from California University of Pennsylvania in 2004. During the off-season, Shires also serves as an Athletic Trainer for Harcum College in Bryn Mawr, PA. In previous years, he worked for the Albuquerque Thunderbirds of the NBA D-League during the 2007-2008 season, and Benedict College in Columbia, SC. Mark was exposed to IASTM in 2009 through a CEU course and has been using it ever since with both collegiate and professional athletes. His interests include treatment of the throwing shoulder specializing in upward rotation of the scapula, thoracic mobility, and core stabilization/neutral pelvis.