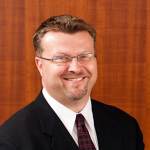 Brian has been the Director of the Athletic Training Program at the University of Texas (UT) since 2002. He is the Director and Founder of the Longhorns Lecture Series for Continuing Education, a professional CEU program for area healthcare professionals. He has delivered over two-dozen professional presentations on a variety of sports medicine topics and was lead author on a chapter in Clinical Orthopedic Rehabilitation – An Evidence-Based Approach, 3rd ed. Prior to his faculty position, Brian spent three seasons as the Athletic Trainer for the UT men’s basketball team. Brian came to UT by way of Oklahoma State University, where he served as Assistant Coordinator of Sports Medicine, working with the Cowboys men’s basketball and football teams. Brian also spent one year as the Head Athletic Trainer for the Columbus Chill, a minor league professional ice hockey team; one season as the Assistant Athletic Trainer with the World League of American Football’s (NFL Europe) Scottish Claymores; and served as an Athletic Trainer at the US Olympic Training Center in Lake Placid, NY. Brian was named to the USOC Sports Medicine Staff for the 2011 Parapan American Games in Mexico. He also served as the Athletic Trainer with USA Sitting Volleyball at the 2012 WOVD International Cup in Cairo, Egypt.